Mike is an experienced and effective councillor, having represented Bournemouth Central since 2011 and Camden in Central London prior to that.

He attended Bournemouth School and Oxford University, where he studied Mathematics leading to a successful finance career in London and Singapore. He returned to Bournemouth in 2006 with his wife, Nicola, and their sons, Sam and Joe, who both followed in Mike’s footsteps through Bournemouth School.

Mike’s passion is for the physical environment. He is a Trustee of the Lower and Central Gardens and was instrumental in the recent improvements to Beale Place, Horseshoe Common and the Triangle. He is also one of the driving forces behind the current plans for the Lansdowne, where his first part-time job was helping his father at “Greenes”, the Chemist Shop!

Mike describes his proudest local achievement as leading the successful fight to save Bournemouth from the threat of the Navitus Wind Farm. 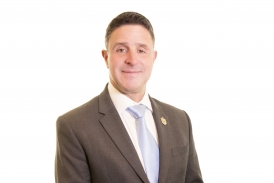