Councillor for Wallisdown and Winton West

Born and educated in Bournemouth, Nigel attended Christ The King Primary School and St Peter’s School in Southbourne, and has worked in Bournemouth town centre unbroken since 1974.

He was Area Secretary for the Bournemouth & Poole MG Owners’ Club for 26 years, Governor of Christ The King School for ten years, President of Bournemouth Chamber of Trade and Commerce for five consecutive years and a Councillor for Wallisdown and Winton West for the last six years.

He is married with two grown up children, one of whom works for JPMorgan. Nigel has been self-employed for 41 years.

Nigel writes for local business magazines , hosts and guests as Quizmaster for many local charities , and has been elected as Chairman of BCP Council for 2021-2022.

He has become a well known and respected, friendly face as one of the two Conservative Councillors for your Ward, and wants it known that he feels it is an honour and privilege to “put something back” into a conurbation that has given three generations of his family so much. 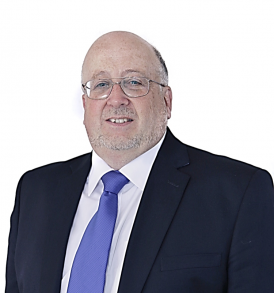