Chairman of BWCA
Councillor for Westbourne and West Cliff

Being a local Councillor, John Beesley has always been proud to represent Westbourne & West Cliff.  As he says, ‘It’s a very special part of Bournemouth.’

For local residents, being able to contact their Ward Councillors, knowing they will get a quick response and swift action to sort out their issues has always been his priority. He has considered it a privilege to help so many local residents with their problems over the years and to take up the challenges that they have faced in their daily lives.

Residents rightly expect a first-class service, particularly on any local issues which affect them personally. That is what John and his Ward colleague always do their best to provide.

As well as being a Ward Councillor, up to the formation of the new BCP Council John was Leader of Bournemouth Council for 7 years (and Deputy Leader for 5 years before that), and was also responsible for the Council’s budget and its finances.  He says, ‘It was a  challenging responsibility, but as a Bournemouth resident I always felt honoured to have been given the opportunity to do the job on behalf of all those who live in the town, and especially for those who rely on the Council to support them.’

In his business life, John has been in the hotel and tourism industry locally for most of his life and as well as owning and managing hotels, he has a successful hotel management consultancy, based in Bournemouth. 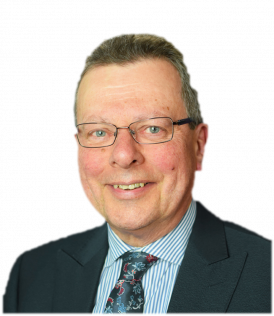